This section is devoted to the astonishing and one of the most beautiful places of our planet, ever created by Nature or human mind. I speak about Tibet. It is my Love and alongside the deepest heart-ache, due to picked-up speed and power insane destructing machine, which desecrates and suffocates the unique culture and fabulous Tibet’s nature.

You will find here the most copious information about all spheres of Tibetans life and culture, the most breaking news about current events and political environment. And I hope that these pages will not remain as a dead reminding about the past, but serve the purpose of spreading information, protection and saving the greates treasury of Earth. For the sake of all sentient beings.

What do we know about Tibet? In our country and in the world as well new esoteric tendiness bind over to pass for erudite in spiritual, mystic speres. We hear about Tibet a lot, we often refer to this country as to the cradle of Truth, pure faith, something beyond all limits, mysterious, But does everybody knows well, what is Tibet actually, and, what is more important, what is situation there nowadays?

During one and a half thousands years of its history Tibetan nation created its own bright and original culture, that deeply influenced Mongolian-language world, nations and states locates on south sides of Hymalayas. And in these days, marked by materialism thought dominance, Tibetan buddhism appeared to be the most precious gift to European civilization serving as an instrument polished for thousands years for self-development, nurturance of spirituality, warmth, compassion and kind-heartedness in human hearts. Militarily weak Tibet repeatedly came under foreign influence. But never before that caused such shocking and irrecoverable aftermath as did the process started in 1950, when 40 thousand Chinese military force beetled off to “free” Tibet (from prejudicies).

60-years of occupation deprived the country’s culture, history, civil rights and liberties, and, most significantly, its right for Faith – the heart and the spirit of Tibet. China spared only twelve monasteries. 12 of more that 6 000.

Though worship places destroying is considered to be terrific inhuman action in all cultures, it caused irreparable damage in Tibet, because the faith formed the core of existance and principles, which determined everydays style of life and human values.

One of the most peaceful coutries ever seen is now obvious and ultimate battle zone. More than 1.2 million people (of 6 million population) dyed during the repression period in Tibet. About 100 thousands appeared to be exiled. Nuclear waste dumps consistently disposed by Chinese on Tibetan plateaue (unique place both in terms of nature and geography, “roof of the world”), kill the soil, contaminating the air with radiation.

The tragedy of Fairyland’s small nation, which became a hostage of big-time politics, continues in absolute political silence – not a single of states officially condemned Beijing actions. Tibetan language is forbidden in Tibetan school, ethnic Tibetans are now the minority in Lhasa, Tibetan capital, Tibetan quarters are being destroyed. Dalai Lama image keeping is still a “criminal offence”…

It’s absolutely obvious, that Tibetans will be completely eliminated as a nation, if nothing is changed.  What will be left? Only empty monasteries as a museum entertainment for curious Chinese and qualms of concsience burning inside, reminding us that while we were shaking our heads and switching TV channels, the whole contry was vanishing, the country, where nowadays people lose lifes for the rights we all have but value so little. 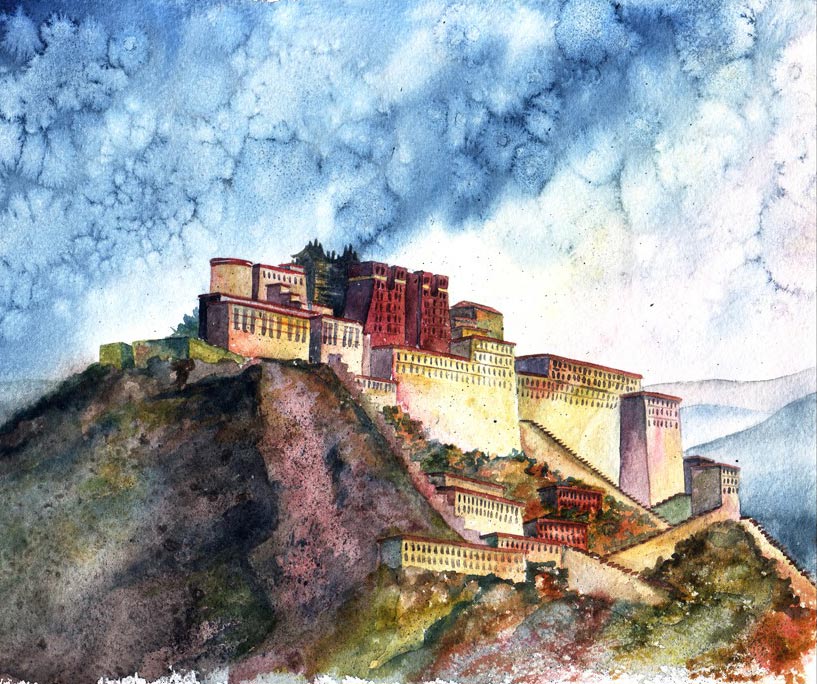